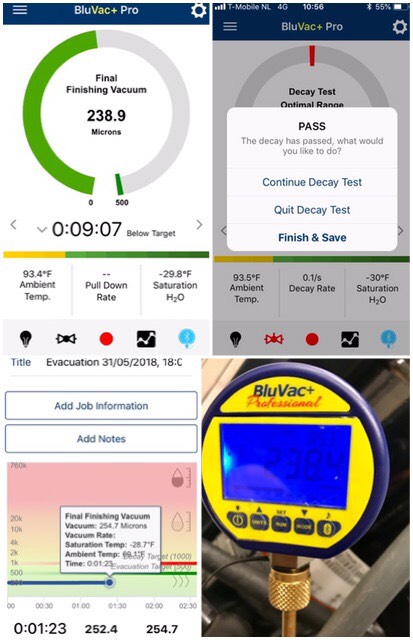 Proper evacuation after initial installation or after service where the system has been opened to atmosphere is critical to proper operation of an air conditioning system. Evacuation is a two step process of degassing and dehydration. Degassing removes non condensables which cause increased head pressures and increased operating cost.  Where high temperatures are frequent, non condensibles combined with moisture will also cause oil failure, decreased capacity and increased compressor wear and potential failure. Losses associated with improper evacuation can be very high.

Moisture is the second issue. Moisture brakes down POE oil in HFC systems, (like R410a) causing premature failure of the oil.   Because POE breaks down into its fundamental components, it can clog the metering device and contaminate line sets. This could result in the need for complete system replacement. Moisture refrigerant and mineral oils form acids that will cause system failure due to copper plating and damage to compressor windings.

A vacuum gauge is used to determine the level of atmosphere (degassing and dehydration) in the system. Below is a recent snapshot of a system vacuum on a commissioning visit to Holland that our engineers carried out.